Regattas 101: Stuff I wish someone had told me about regattas

A guide for uninitiated parents by Rick Bauerfeld.

1.  REGATTAS ARE ALL DAY EVENTS. The athletes stay all day, no matter when their races are.  Normally the athletes all go and return on a bus, from the boathouse, usually leaving at some ungodly hour in the morning.  You know, like 4:30 a.m.  Even if you are going to be at the Regatta and are driving at the same time as the bus, the athletes take the bus.  (Greenwich is an exception – there is no bus for Greenwich.)  Why must the athletes go so early even if their race isn’t until later and return on the bus even if they are done with their races much earlier?  The athletes are needed to unload and rig the boats, and then de-rig and load the boats, and it builds team spirit when they travel together.

2. COXSWAINS, BOWSEAT AND COACHES MEETING – There is generally a coxswains and coaches meeting an hour before the regatta starts where the organizers go over the rules and the traffic patterns, and the coxswains and bow rowers of all uncoxed boats need to be there for that.  If your athlete is a coxswain or rows bow in an uncoxed boat, remind them to get to the meeting.

3.  COME AND WATCH. Many, but not all, parents come to the Regattas to watch their athlete row.  Parents do not necessarily stay all day.  Some are there most of the day to cheer for our boats, and others time their arrival to see their athlete race if they don’t need to be there earlier to do their parent tent duty.  Some parents leave once their athlete has raced unless they are not yet done with their parent tent duty (athletes stay).  Someone needs to be available to go down to our boathouse to meet the bus where our athletes will return at the end of the day – usually your athlete is told to call you 30 minutes before the bus arrives.  Don’t be late – everyone is tired, and the chaperones need to stay until everyone is picked up.

4.  PARKING. Often the parking is a good walk or shuttle bus ride away from the racing venue, so you need to allow time for that.  Sometimes there is a charge for the parking.  Some, but not all, regattas have handicapped parking arrangements.

5.  PARENT TENT AND FOOD. Parents generally use the parent tent as home base. You can easily find it since it is white and marked with the Norwalk River Rowing logo. The parent tent provides food, drinks and snacks for the athletes at no charge. We invite visitors to eat and drink all day for  $10 per head (parents, grandparents, siblings …). Even if you just have an apple – please pay.   We use the honor system.  Depending on where the tent is compared to the finish line, some parents will head to the finish line for their athlete’s races.

6.  YOUR ATHLETE. Athletes generally hang around elsewhere, but come to the tent to get food, so don’t expect to see your athlete much during the day.  The athletes generally come to the tent in groups with their crew.  Timing depends on when they are racing.  When they are not racing or at the tent eating, the athletes can often be found hanging around the boat trailer or near the finish line.  They often show up at the tent about 30 minutes after their race (to get food).

7.  RACE SCHEDULES. The “heat sheets” (racing schedules) are generally posted on line, often on regattacentral.com.  Just Google the regatta for more information.  The schedules are subject to change, especially if the weather is “iffy”.  If you are timing your arrival for particular races it pays to check as late as the morning of the regatta and allow a cushion for parking.  Most spring and summer regattas use a heat system for most events.  So, there are heats early in the day, then the top boats advance to the finals later in the day. In large regattas, there may be semi-finals also.

8.  OUTSIDE ALL DAY. At every regatta you will be outside all day.  Races will be held as long as the weather is safe, which is generally defined as not extraordinarily windy and no thunder or heavy snow.  Races will go on in the rain and cold and heat and will only be put on hold for thunder then resumed.  If it has been raining there may be mud, sometimes a lot.  So, while the regatta may be in a city, dress for the wilderness.  The parent tent has room for food and a few people but not all the parents.  It bears repeating – you will be outside all day, no matter the weather, and you could be some distance from your car.  So, bring chairs and hats and sunglasses and if there is any chance of rain bring rain gear and if the weather is cold bring gloves and plenty of layers and a lap blanket if you are into that.  Binoculars can be useful.  A few people bring books or newspapers for when their athlete is not racing.  Some parents watch all of Norwalk’s races.  (Generally quite a few races.)  Many bring a phone or an iPad since most organizers post race results on line in nearly real time.  A camera can be nice to have — it is a beautiful sport, especially on a sunny day.  A few folks print and bring the heat sheets with them, but the parents usually post the heats on a white board in the tent also.

9.  MONEY FOR YOUR ATHLETE. While the athletes don’t need money for food during the day, some parents give their athletes a little money because they often want to buy a T-shirt or other gear offered by vendors at the regattas.  For travel regattas, the e-mail/posting will tell you what money the athletes need (usually just rest stop money). 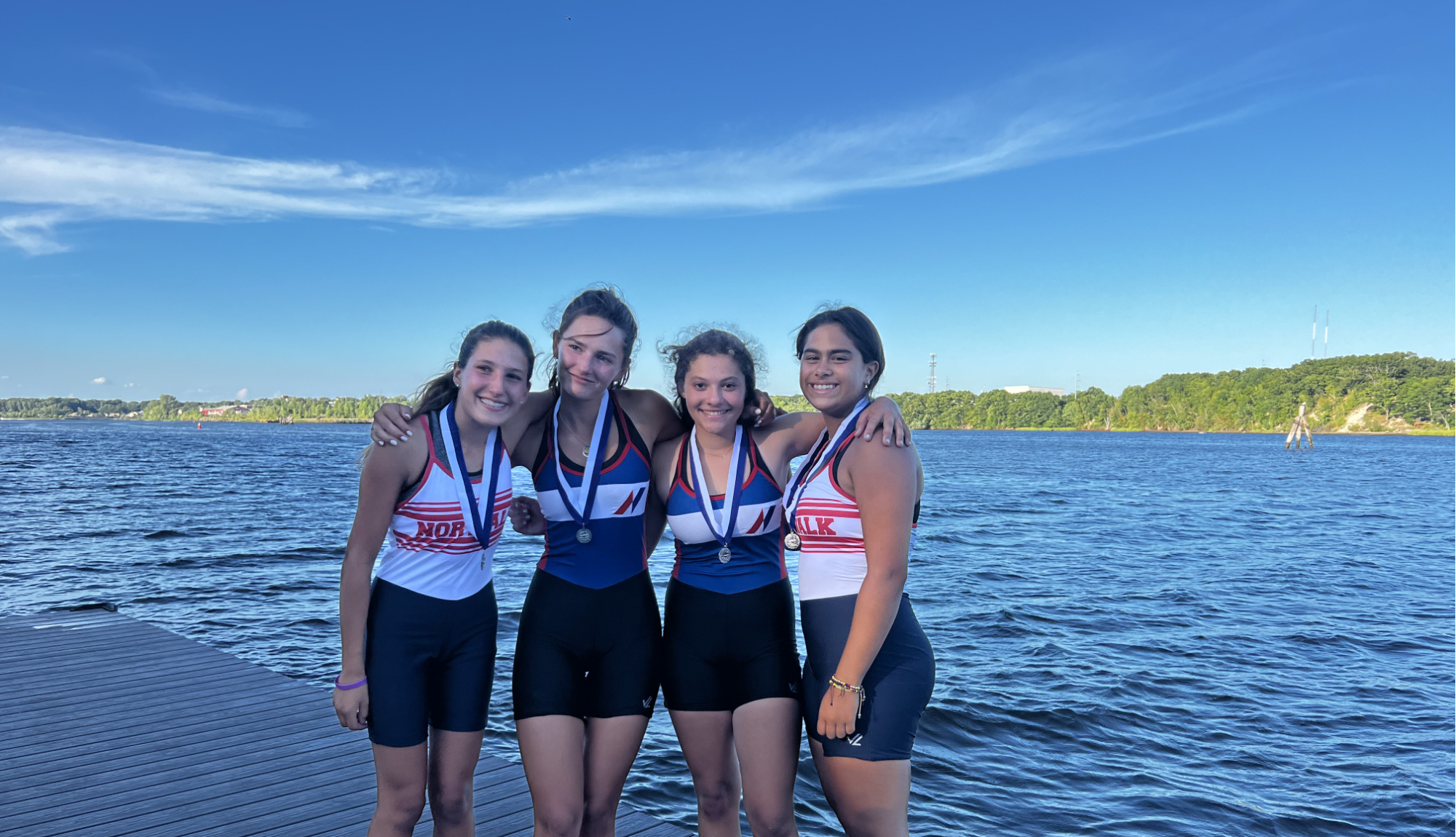 We are pleased to report that the Norwalk River Rowing junior race team had a very fine conclusion to its summer racing schedule and returned home from the Narragansett Sweeps & Sculls Regatta on August 6th with more medals! Despite facing a Read more… 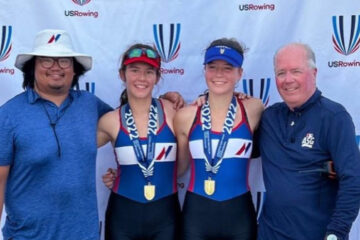 The Norwalk River Rowing junior race team had a very successful regatta at the Overpeck Sprints in Leonia, NJ on Saturday, July 30th.  Almost every crew member of the 30+ member race squad entered multiple events, with many athletes Read more… 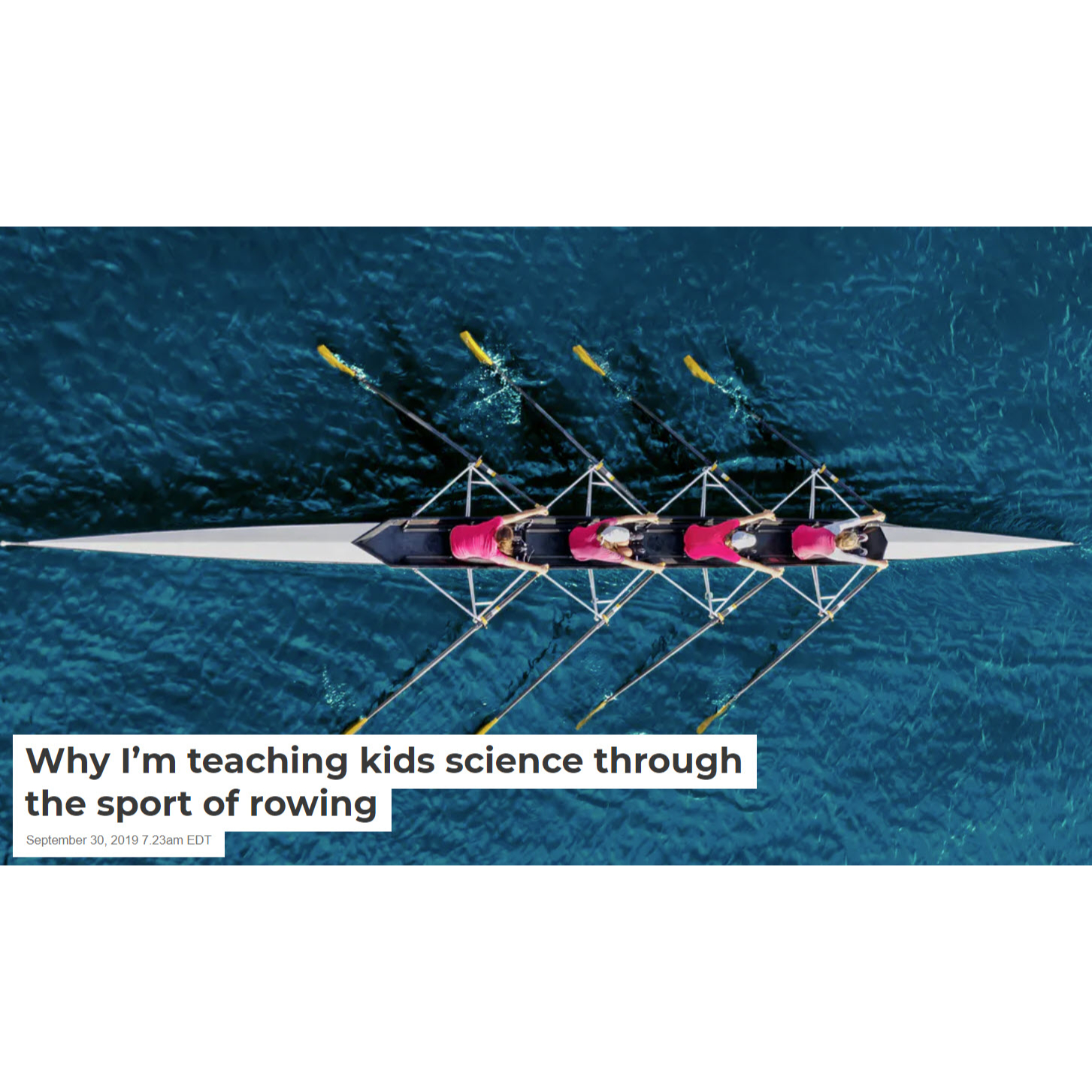 We came across this article recently making the case that young minds learn better when academics and athletics come together. Elizabeth A. Barton, Associate Professor of Research, Wayne State University, makes the case: “The basic principles Read more…