The Head of the Charles – two crowded, cold, windy and exciting days in Boston – proved to be an exhilarating challenge for our rowers last weekend.

The Norwalk River Rowing Association sent a team of 19 youth rowers and eight masters rowers to the event, which is one of the largest head races in the world. END_OF_DOCUMENT_TOKEN_TO_BE_REPLACED

Twenty-seven rowers, both youth and Masters, from the Norwalk River Rowing Association are off to Boston this weekend to race in the prestigious Head of the Charles Regatta.

They will be among 11,000 athletes competing in 1,900 boats in the two-day event, which takes place on the Charles River. In all, seven boats from Norwalk River Rowing Association will be competing.

END_OF_DOCUMENT_TOKEN_TO_BE_REPLACED

Rowing into a tough headwind from the north and an equally strong current, the Norwalk River Rowing Association’s Youth team won five medals, including three golds, and the Masters team won two gold medals, in the Head of the Riverfront Regatta in Hartford on Sunday. END_OF_DOCUMENT_TOKEN_TO_BE_REPLACED

We are very excited about our Gala coming up on Saturday, November 7th at the Shore and Country Club in Norwalk.

For more information, tickets and to donate by the inch, visit our Gala page

The Norwalk River Rowing Association’s youth team started its fall racing season on Saturday by sending a large and enthusiastic contingent to Saratoga Springs for the Tail of the Fish regatta.

The event, which is held over a three-kilometer course on Fish Creek, marked the first competition for the Norwalk River girls team under new head coach Drew Combs. The girls team raced 12 boats in eight events, coming home with a silver and two bronze medals.

On the boys team, Kris Petreski had the best overall time in the Men’s Open Single event but was awarded a bronze medal. In the Men’s Open Single, times are adjusted for age, and 63-year-old and 65-year-old rowers who finished about a minute and a half behind Kris were given age-adjusted times to win the gold and silver.

Liam McDonough won a silver medal in the Boys Under 19 Single. In the Boys’ Junior Double, Kaare Andersen and Chris Martensson won a bronze medal.

Kris, Liam, Kaare and Chris teamed up to win a silver medal in the Boys’ First Varsity Quad.

Norwalk River won three medals in the Boys Under 17 Single: Oliver Peacock, bronze in the “A” race; Kevin Lenihan and Brad Hufnagel, silver and bronze, respectively in the “B/C” category.

A note about the results: race officials gave medals in two categories, A and B/C. With help from the coaches, we did our best to figure out which category each medal winner was in, but the official results sheet does not make it clear, and so for the race in which Norwalk River did not win a medal, the best we could do was list the results as they appear on the official results sheet. Please feel free to email Tom Andersen with corrections. tandersen54@optonline.net 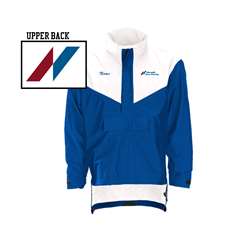 We have plenty of stylish rowing clothes for all rowers, adults and parents!

The selections will keep you warm in cold weather, cool in hot weather,
and keep you comfortable on the side line at a regatta!!!

The store is only open until Sept 23! So enjoy the shopping while it’s here!
http://www.boathouseteamstores.com/norwalkriverrowing

The Norwalk River Rowing Association and the Wilton YMCA are teaming up this Saturday, September 12, to offer Rowing 101, a comprehensive, activity-based introduction to rowing for adults and middle-school aged children.

The event is free and is open to the public. The session will run from 1 – 3 p.m., with instruction by coaches and athletes from NRRA. The Wilton YMCA is located at 404 Danbury Road, Wilton.

Rowing 101 will include an introduction to the basics of rowing; yoga and stretching for rowing; erg instruction; and demos, races, drills and hands on practice. It’s a terrific family activity for parents and pre-teens or teens.

Adults who sign up at Rowing 101 for our Learn to Row instruction will receive a 15 percent discount; youngsters who register for our development team will receive a $50 discount. 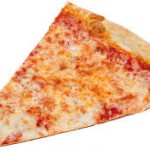 Your attendance is requested. Pizza and water will be served for the Athletes.

Meet our Coaches and get all the crucial information for the season. Sign up sheets for Parent on Duty and the Regattas will be available.

The training for our rowers is in full swing and it is time to get introduced to our coaches, get information about the regattas and meet all the parents. There will be signup sheets at the meeting for the parents volunteering. Everyone needs to participate and each family should sign up for at least three volunteer tasks at the regattas plus one non-regatta related task. Mark your calendars – You don’t want to miss them! And think about whether you prefer to help set up, to cook and clean up or break down – the cheering for our strong boys and girls is as always, mandatory.

A regatta can only happen with the help from us, the arents. When we get closer to the events, emails will be sent out about each regatta from the club regarding rowers’ information and from the parent organization on any vacant jobs that need to be done to serve our rowers and visiting parents (usually 110 – 150 people).

Our athletes will compete in 4 Regattas this fall:
http://norwalkriverrowing.org/regatta-info/

There will be buses transporting our rowers to and from the regattas.

New parents: Please contact Stacy Crameri if you have any questions. You will find a lot of helpful information on:
http://norwalkriverrowing.org/youth/racing-parents-organization/

If you have any questions please feel free to contact us.